The Importance of Oak Ridge, Tennessee 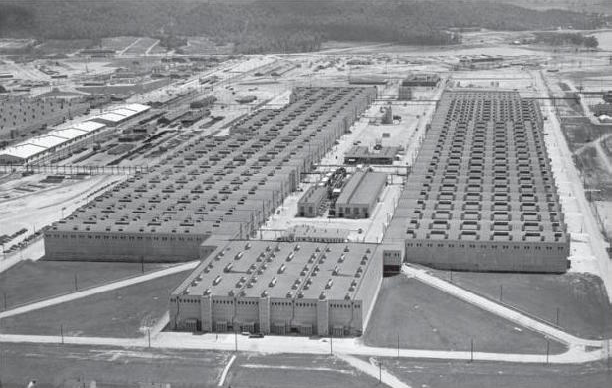 Nicknamed the “Secret City,” Oak Ridge, Tennessee has a very interesting and important history. Still home to the Manhattan Project National Historical Park, Oak Ridge was built in 1942 in order to accommodate the Manhattan Project engineers and workers. It grew very quickly into a town of 75,000 residents in just 2.5 years, housing at least 30,000 Manhattan Project workers. General Leslie Groves approved this site to be the pilot plutonium plant as well as the uranium enrichment plant. Ultimately, this site played a crucial role in the creation and testing of the U.S. atomic bomb.

The nickname “Secret City” was adopted because there weren’t many in the city who really knew what was being built at the time. Leaders only told workers exactly what they needed to know in order to get their job done and nothing more. This level of secrecy aroused suspicion from neighboring cities. It was not until the bombs were dropped in 1945 that people were finally aware of what was being made in the town.

There were four main production facilities in Oak Ridge including X-10, which served as a pilot plant for producing plutonium. There was also the Y-12, K-25, and S-50 facilities, which produced enriched uranium. At one time, there were twelve facilities in Tennessee, some of which are still active today. The active facilities in Oak Ridge include the aforementioned Y-12 plant, X-10  Oak Ridge National Laboratory, K-25 Gaseous Diffusion Plant along with the Oak Ridge Institute for Science Education (ORISE) and the Office of Scientific and Technical Information (OSTI). Oak Ridge, Tennessee is still home for a lot of the learning and development for the Department of Energy going on today.

These four plants were all involved in creating parts that are necessary for nuclear bombs. According to the CDC, “Over the years, activities at the Oak Ridge Reservation generated and released radioactive and chemical waste that contained various toxic metals, chemicals, and radionuclides. Some wastes remained in disposal sites on the reservation, and some pollutants were released into the nearby environment.”