From Army Engineer to Director of the Manhattan Project 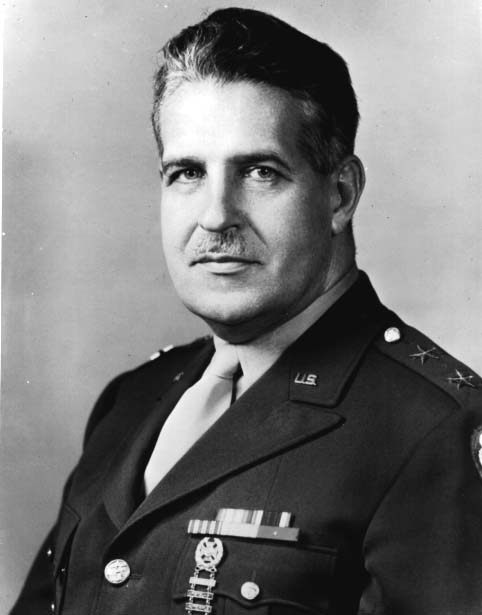 Leslie Richard Groves grew up on military bases, as his father was an army chaplain. Naturally, he was drawn to the military, and joined the United States Military Academy at West Point, New York, in 1916, when he was 19 years old. He graduated fourth in his class in 1918, just 10 days before the armistice that ended WWI.

He had some previous education in engineering, and chose the Corps of Engineers as his branch. Over the next two decades, he received additional education in engineering as he completed his real-world engineering duties, advancing him into leadership positions. As the US mobilized for WWII, he oversaw all army construction – a monumental effort. He led the army in building airfields, camps, munitions plants, and even the US Pentagon. Meanwhile, the army was growing from just over 100,000 to 8,000,000 during the war.

In 1942, the Army Corps of Engineers was put in charge of the Manhattan Project, with Groves as its head. Suddenly, his already enormous amount of responsibility was multiplied. In this new role, he oversaw construction, the selection of Manhattan Project sites and personnel, security operations to maintain secrecy, coordination of the transportation of five-ton atomic bombs, and more.

Then, in 1945, he was at the center of coordinating the attacks on Hiroshima and Nagasaki. Not three months later, he was quoted as saying, “We will be misguided in our intentions if we point at one single thing and say that it will prevent war, unless, of course, that thing happens to be the will, the determination and the resolve of people everywhere that nations will never again clash on the battlefield.” 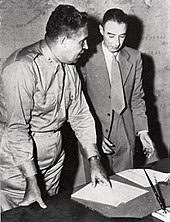 Groves retired from the army three years later in 1948, and then finally shared his Manhattan Project secrets in his 1962 book, “Now It Can Be Told.”

Although he was such a key leader in the creation of the atomic bomb, and an incredible military leader, he ultimately wanted peace. He said, “People who talk of outlawing the atomic bomb are mistaken. What needs to be outlawed is war.”

“The key to the utilization of atomic energy for world peace will be found in the will of all people to restrict its use for the betterment of mankind.” – Leslie Groves