Over 14,000 Tons of Silver Loaned to the Manhattan Project 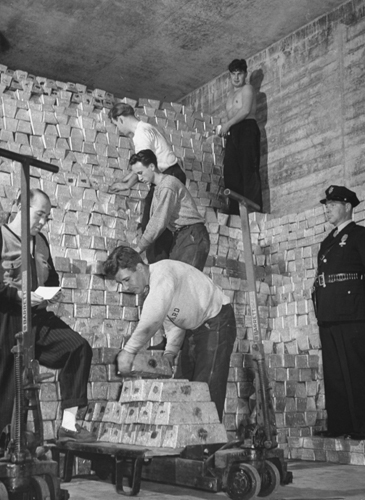 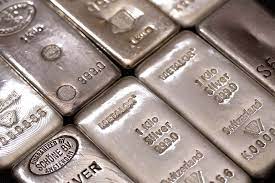 14,700 tons of silver were loaned by the U.S. Treasury Department.

In 1942, the Manhattan Project was loaned 14,700 tons of silver. While the project did not need the silver for funding, its scientists needed this massive loan of precious metal from the U.S. Treasury for research.

Although mass amounts of copper would have worked for this research, it was a precious commodity during WWII because it was used in shell casings. Congress had authorized the use of 86,000 tons of silver from the Treasury for defense purposes, so the request for 14,700 tons was not a problem. Using silver also came with the added benefit of not needing to transport even larger masses of copper, which would have been difficult due to the project’s secrecy.

Col. Kenneth D. Nichols, who was in charge of securing the loan, recalled an amusing conversation he had with Daniel W. Bell, Assistant Secretary of the Treasury:

“He explained the procedure for transferring the silver and asked, ‘How much do you need?’ I replied, ‘Six thousand tons.’ ‘How many troy ounces is that?’ he asked. In fact I did not know how to convert tons to troy ounces, and neither did he. A little impatient, I responded, “I don’t know how many troy ounces we need but I know I need six thousand tons – that is a definite quantity. What difference does it make how we express the quantity?’ He replied rather indignantly, ‘Young man, you may think of silver in tons, but the Treasury will always think of silver in troy ounces.’”

The loan was later returned in 1970, and less than thirty-sixth-thousandths of one percent of the 14,700 tons was lost during the 28-year loan – an incredible feat!